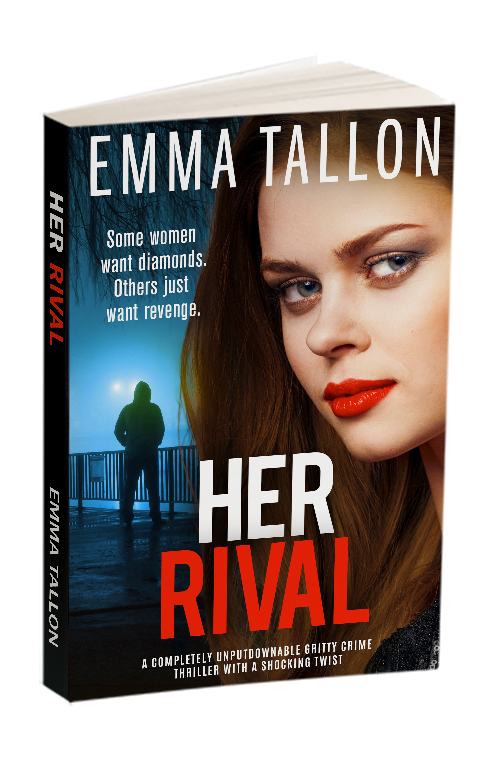 Scarlet Drew is new to London’s criminal underworld, but she’s hell bent on making a name for herself as joint head of the family firm alongside her aunt Lily. But when Scarlet finds herself alone with a rival business owner at a black-tie event, she is little prepared for what happens next. Determined not to let the drunken lech get away with his crime, she hatches a plan for revenge that will put her name on the map. But does she know what she’s getting herself into and could her actions land the Drews in serious danger?

Lily is worried about her daughter, Ruby, who isn’t returning her calls. She is used to not hearing from her daughter, but this time it’s different: Ruby’s flat is empty and her phone has stopped ringing. When word reaches her that Ruby has been borrowing money all over town, Lily fears the worst.

As both women take on their own battles, they fail to notice they’re being closely watched by a silent stranger. And as they struggle to stay on top, a new enemy raises its ugly head, but will they have time to react and come out fighting or will everything they have worked for go up in smoke?

Strong women, family dramas and nail-biting tension make Her Revenge a book not to be missed!

Her Rival has it all – strong women, explosive action and an ending that will have you gasping for breath!

The Drew Family Series, Book 2.  The first book of the Drew Crime Family series is ‘Her Revenge’