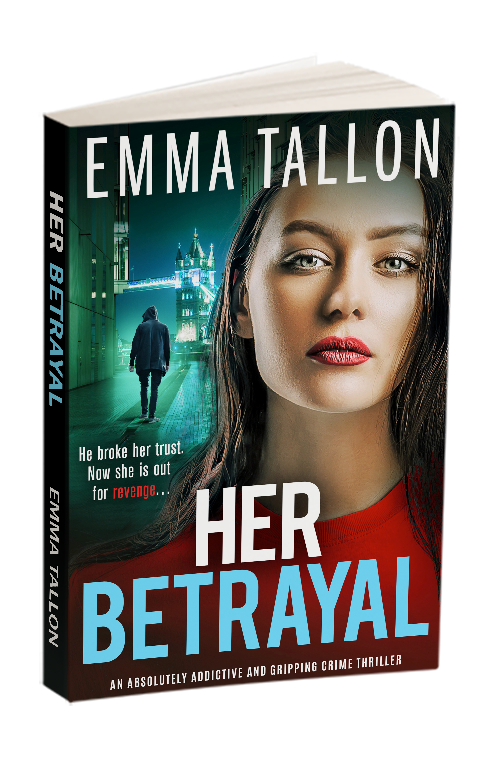 He broke her trust.  Now she is out for revenge…

Head of the family crime business, and with a new guy in her life, things have never been better for Scarlet Drew. Working with her aunt Lily on their biggest ever job – revenge on the woman who set fire to their factory, with Lily’s daughter trapped inside – Scarlet is suddenly dragged into the local police station to answer questions about the death of a local gangster. The face she sees across the interview table shocks her to her core. It’s her new boyfriend, John.

Hours later, John is banging on Scarlet’s door, telling her he loves her and she can trust him. Can Scarlet risk believing the only man she’s ever loved, or is she putting her family in unthinkable danger?

As the night of Lily’s plan draws near, the police come knocking once again. This time with evidence that could see Scarlet locked-up for good. Can they still pull off their biggest job yet, or has Scarlet made a fatal mistake and let John get one step ahead of them?

An absolutely addictive crime thriller that will keep you up all night!

If you love reading Martina Cole and Kimberley Chambers you will be absolutely gripped by this gritty, gangland crime thriller.  Once you meet fearless and strong Scarlet Drew, you won’t be able to stop reading.

The Drew Family Series, Book 3.  The first book of the Drew Crime Family series is ‘Her Revenge’